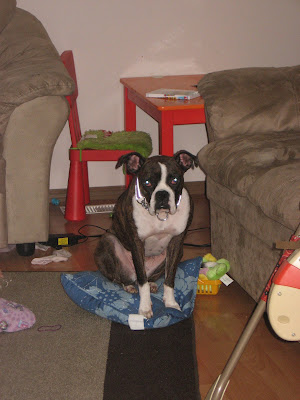 I just wanted to let you know, how Mia is doing. OMG she is great. As we speak she is cuddled up on the counch with me (shhhh don`t tell my husband, lol) she really is a good girl.
Her training has gone perfect, she now sits and stays at the door, I can go into the backyard and she will stay till I tell her. No more fence fighting and ohhh how she loved the kids. After all the happyness, she seems sad. She will sit and cry at
the dog acroos the street, and I am almost thinking she needs a friend.
By WBBR - September 16, 2009 No comments: 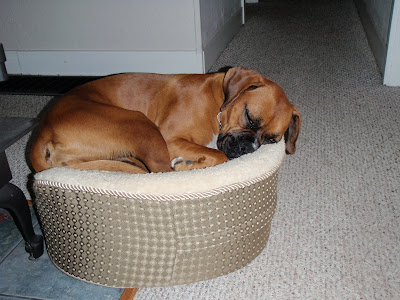 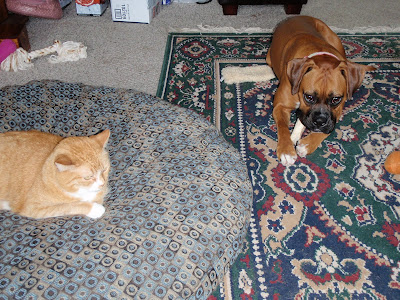 Here's a couple of pictures for you. The small bed that Paprika is squished in to is the cats, the large bed that Cromwell is on is Paprika's. All is well. She continues to relax and even her jumping is calming down! Yippee! We start a new class tomorrow with Dogsmart. We are taking the Tricks and Games - have no idea what to expect, but it sounds like it will be fun. hope all is well with you and yours...

Sorry no pics yet, I have them but my laptop won't download the software for my new camera. I have to take it in and get it fixed. We had Roger to the vet for his first checkup. He now weighs 58 lbs and his skin is almost all cleared up, the vet thinks he might have an allergic reaction to some things like the cedar bushes. He did have a yeast infection in both ears but he is on drops for that now. He is much better now but still has moments of rebelliousness, Oreo has decided to start playing with Roger now, (if u can't beat em, join em) she runs and he chases her, they see who gets to the carport first, I havent seen her run like that in about 2 years.
They have no food or treat issues, just toy issues, Roger wants everything Oreo has. He has really settled in and likes the routine I think, he does have an annoying habit of trying to bite peoples feet when they come or go, not really bite more like pulling but we are working on it.
Just wanted u to know we are making progress slowly but surely.
Jan
By WBBR - September 15, 2009 No comments:

Going for Car Rides with Zeus - Adopted from BRLA July 2009 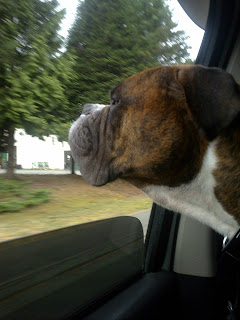 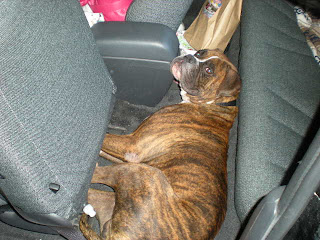 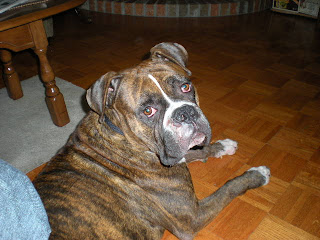 Hey Jennifer,
Just wanted to give you an update on my boy! He is all better now and over his kennel cough. He unfortunately also had a sinus infection and looked like the kid in elementary school who constantly had boogers running down his face! He also had the remnants of an old ear mite infection, so he is on meds for that too. He is currently sleeping on the floor beside me as he went on a big hike with his dad today and is very sleepy. He is starting obedience training on Sept 20th with RocketDog Training. We are starting before the training with basic treat training when he sees other dogs while out on a walk, as he gets overly excited. I have discovered that he enjoys sleeping behind my driver's chair while in the car, rather than on the back seat. He looks rather silly as he barely fits in there. Other than that, nothing much is new. I have attached a couple pictures of him just being a dog and one of him sleeping in the car.
Take care!
Lauren
By WBBR - September 10, 2009 No comments: 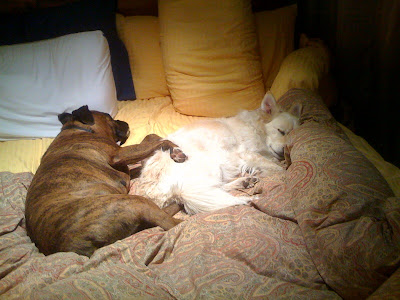 We always seem to get snuggle photos!!! Keep them coming!! We love all the cozy snuggle shots and can never get enough. They are so adorable -:)

Check this one out....its Abbie cuddled up to her brother Porter on their Mom's bed. Porter really helped Abbie overcome her seperation anxiety and the fear of moving into a new home. Abbie is doing amazing, thanks to her new family's hard work and committment to her and also a big thanks to Porter for helping her along the way. 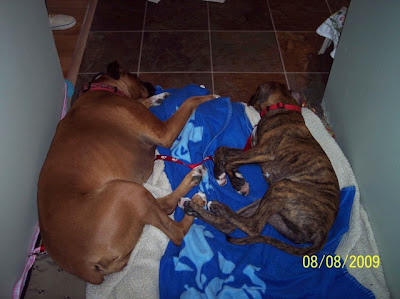 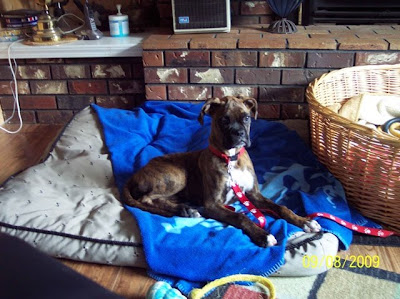 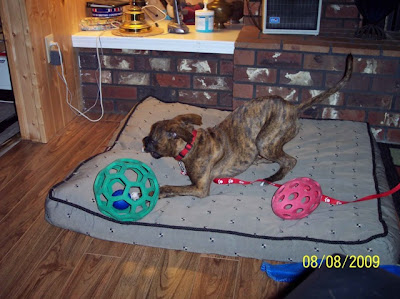 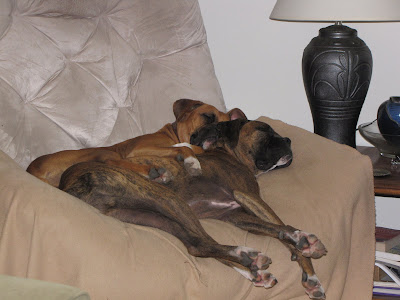