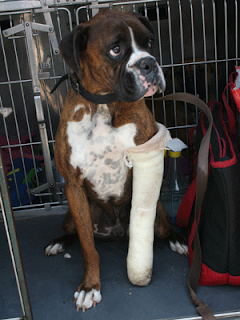 This sweet young boy was hit by a car in LA.  He was brought in to the city shelter as a stray and his owner never came to claim him, at that time Boxer Rescue LA whisked this boy away.  He is 2 weeks in to healing and made the trip from Boxer Rescue LA to Without Borders Boxer Rescue.  Tomorrow he will go in to have the cast removed due to pressure sores that have started.  He has 4 more weeks in a cast and may possible need the cast changed 2 or more times in that time.  Please consider donating towards Chandler's medical bills which could run close to $1000.00
Pinky 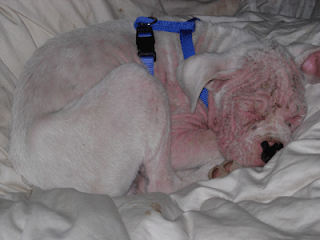 Pinky is not quite 4 months old and has already been battling for his life.  He came in so ravaged with mange that he was holding on to life.  He spent several days in intensive care on IV with a high fever, severe diarrhea and vomiting.  Pinky wants to live and is fighting with all his might.  He made the trip from BRLA with Chandler to WBBR and can't wait to start a new life.
How anyone could allow this to happen to such a helpless puppy is just unthinkable.
Please consider donating towards Pinky's medical bills.  It is estimated that his medical bills will cost more then a $1000 before he is ready for adoption.
please visit our Medical Help Required Page and click on Donate Now.
Thank you from Pinky, Chandler and all of us here at Without Borders Boxer Rescue 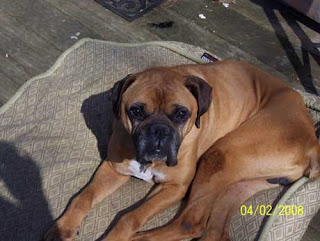 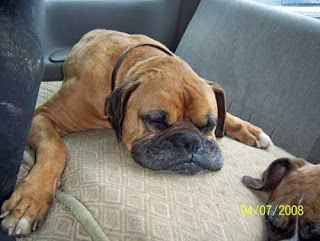 Well I thought I would share an update on the life of Sydney, please share with all involved in his rescue.

When I picked Sydney up from the airport I found a little man that seemed afraid of the world. He did not know not to use the indoors as a toilet, he had no idea what a truck/car ride was. He flinched when you touched him (some of these could be from the scare of the flight).

The first day was a lot of ‘new things’ for the both of us. He did not trust yet, understandable, however there was this amazing man underneath the battle scared exterior...

When we went on our first walks around the duck pond he would be right beside me almost kissing my legs. The more walks the further he would trust to go from me and the stronger his body got. He now runs like a lopeing giant. He has such long legs...he looks like a Great Dane or something running.

Frija, my first Boxer, has taught him to swim (well he did not exactly think it was a good idea but he followed her and she took off and...well,,,he found out that water is not just to drink. He got out with my help.

Sydney has learned his ‘horsie skills’ quite quickly. His first one came when he thought that horse play with Frija was the same as it was with a horse! He was playing at grabbing Frija’s legs and then looked up at the horses leg, I did not have a strong hold on him, and he got bumped a bit and scared himself getting caught in the horses legs. The next was just walking beside my horse who wings his feet out and as my horse walked by Sydney he had a brush with a hoof. He is now perfectly fine with the horses and even helps me at the barn around $100,000 horses!

Now Sydney is snoring under my housecoat on his big fluffy doggy bed (has to keep up the appearance of a spoiled dog!).

Oh so you all know, he is already filling out. He has a little meat over his ribs and when he does his ‘C’ dance he has fat rolls! He definitely loves eating! 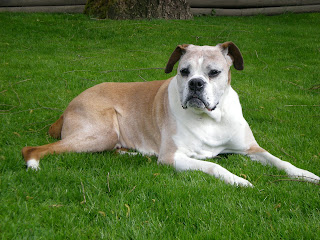 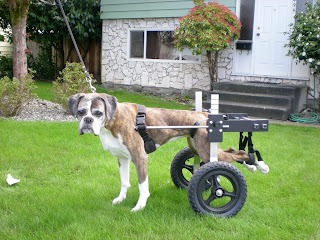 Chantelle,
it's been awhile since we talked. It's Buddy's 12th birthday today and I took this pic of him 30 mins ago and wanted to send it too you. He is an absolutely, fantastic, wonderful, incredible dog. I'm so happy he came into my life and that no one else took him. He has had 2 minor heart issues since I got him but other than that he's doing GREAT! I'm also sending a pic of my girl "Abbey". She's almost totally paralyzed now so I got her a wheelchair and it took about a month of alot patience on my part but she has finally accepted it and looks forward to going for
walks with her bro "Buddy". I hope all is well with you. Take care
Donna
By WBBR - April 21, 2008 No comments:

Hi Everyone!
It seems to be that time has flown by and the blog got left a little in the dust!  I can't believe it's been 2 months since the last blog post.  In that time 3 volunteers have travelled to LA and there are 9 new Canadians because of it.  Andrew and I are travelling down at the end of the month to bring 6 more Canadians home!
Many of our babies have found homes, new ones have come in and others ares till waiting.
I promise to be a little more diligent with the blog, so be ready for new updates shortly!
By WBBR - April 19, 2008 No comments: 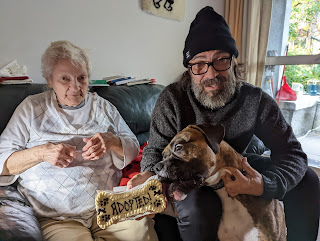